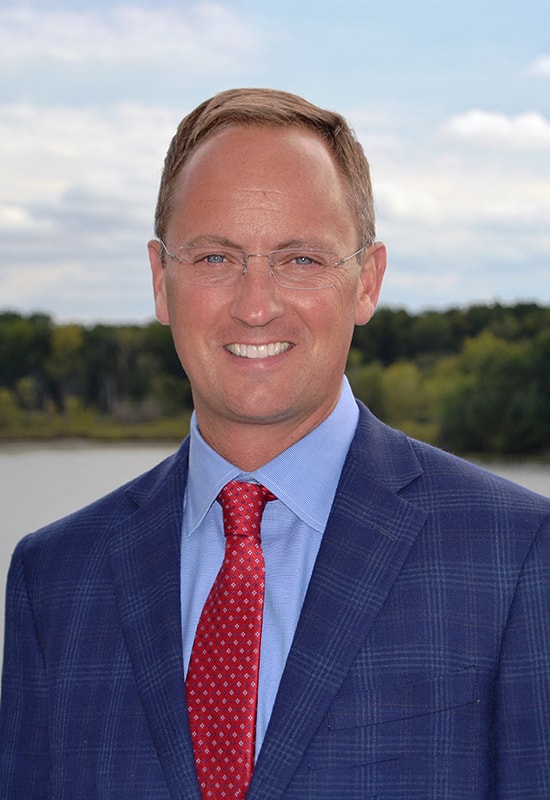 Isaac is originally from Otsego, MI but has lived in Kalamazoo for the past 20 years. He has been the President of One Way Products, Inc. since 2006 and has owned the company since 2008. One Way Products is a manufacturer of industrial process and cleaning chemicals and distributor of cleaning supplies. The company sells to businesses in the state of Michigan and in northern Indiana. Isaac has worked at One Way Products since 1998. Isaac graduated from the College of LSA at The University of Michigan in 1997 and was a member of the Men’s Golf Team. He was an Academic All-American his final two years at Michigan. He is active in the Young Presidents Organization, Jandernoa Entrepreneurial Mentoring Program, and his church. He also helps coach boy’s basketball and girl’s soccer teams.

Isaac and his wife, Sara, have been married since 1999. They live in Texas Twp with their 7 children who range from teenager to toddler, Gabby, Alayna, Isaac John, Jack, Grant, Abraham, and Ian. The Hinkles joined KCC in 2000. Isaac plays regularly on Wednesday afternoons and has won the Club Championship and KCC Invitational a few times since joining the club. The Hinkle kids enjoy playing the short course and the blended root beer floats that follow. Isaac and Sara love to join friends at the club as well as guests at couple’s night in the summer. The Hinkles enjoy dining at the club weekly and meeting the many new members who have joined over the past few years.