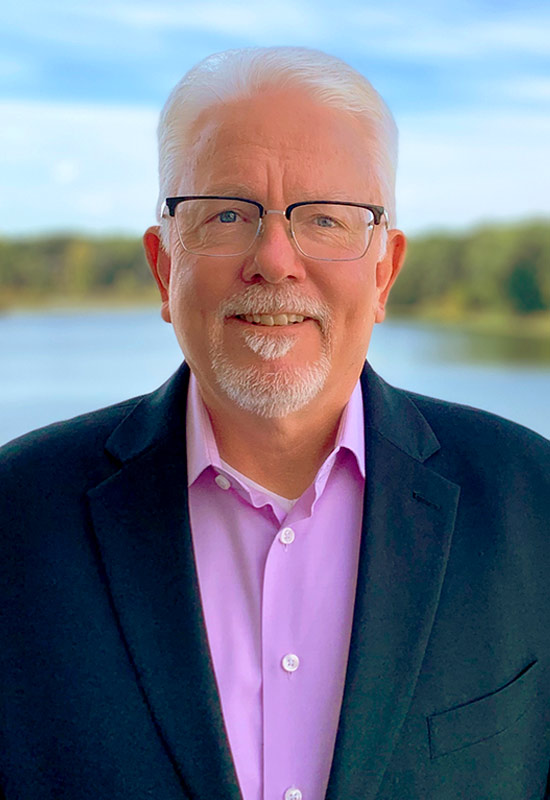 Jim was raised in Grand Rapids and has lived in the Kalamazoo area since 2004, currently in Portage on Gourdneck Lake. He is the President and Founder of Venture Advisory Group, a consulting firm serving small businesses, primarily stage 2 growth companies. Jim is a proud Navy veteran.

He served as the Publisher/CEO of the Kalamazoo Gazette from 2004 through 2012. Prior to that role, he held various senior executive roles within operations, sales and marketing for Advance, one of the largest, privately held media companies in the US.

Jim has served on numerous boards and organizations in the area. Currently he serves as co-chair for the new Portage Community Senior Center capital campaign and board member for the Kalamazoo Institute of Arts.

Past affiliations include Priority Health, United Way, Communities in Schools, Regional Chamber of Commerce, Southwest Michigan First, Douglass Community Association and the national board of the Leukemia and Lymphoma Society.

Jim and Petey have been active members of KCC since 2004. Jim has served on the KCC House committee and enjoys golf, pickleball and the fine wine and dinners offered by the club. Jim and Petey’s son, Alex (26), resides in Austin, TX and Molly (24), their daughter, lives in Grand Rapids, MI.